Are Bakers a Disappearing Breed?

Hot News for all commercial and home bakers!

On April 21, 2011, Compass Merger Sub, Inc., a wholly-owned subsidiary of Flowers Foods Inc., officially offered $4 for each share of Tasty Baking Company’s common stocks. It is willing to pay approximately $34.4 million in cash and also take over about $130 million in debt to finalize this transaction.

Until March 10, 2011, Tasty Baking Company and Flowers Foods Inc. were only two commercial baking companies that were left on the U.S. wholesale market. And now, there is ONE. 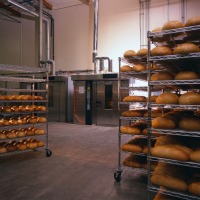 Flowers Foods Inc. is originally and primarily a breads, buns and rolls baking company. Started in 1919 by William Howard and Joseph Hampton Flowers in Thomasville, Georgia, its products are ubiquitous in many Southeastern, Southwestern, and Mid-Atlantic states. Some of its brands are: Nature’s Own, Cobblestone Mill, Sunbeam Bread, Blue Bird, Mi Casa, and so on.

The company has grown significantly and impressively through successful acquisitions. You probably remember that in the mid 1990s, it acquired one of the largest cookie and cracker companies in the United States, Keebler Foods Company. When it sold Keebler to Kellogg Company in March 2001, its shareholders received a whopping $1.24 billion.

In 1914, Philip Baur, a baker, and Herbert Morris, an egg salesman, decided to become business partners. They founded the Philadelphia based Tasty Baking Company. Despite having been once very successful, the company is now struggling to overcome many growth challenges.

This acquisition seems like a great opportunity for Flowers Foods Inc. to expand its product lines and market geographically. With a very experienced and loyal management team, it will eventually and inevitably makes any necessary changes to reap benefits of this transaction. 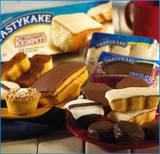 We, as faithful home bakers of irresistible cookies, absorb this news differently depending on our perspective. I, for one, feel a bit unsettling emotionally. It may be the end of pre-wrapped, small cakes as I am used to knowing it. Nevertheless, I will continue following this buy-out to keep you abreast of new developments.