A Tough Year for Egg Producers

What happens when supply and demand move in opposite directions? Someone benefits while others struggle to deal with it.

Although egg production in 2011 thus far has been up more than 1% in the United States, farmers are losing money because consumption is on a downward slope. There are no known good reasons for this decline in egg consumption, however. 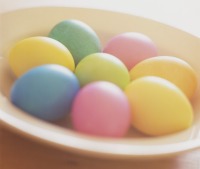 2011 Easter holiday failed to raise farmers’ spirit. Third in line in annual egg demand, only after Thanksgiving and Christmas, this year Easter holiday did not increase demand as much as it’s used to in previous years.

Besides lower sales, farmers are also coping with rising costs in energy, transportation, and feed ingredients such as corn. Unlike the meat industry, it is difficult to pass on these costs to retail consumers because of stiff competition. The egg industry, as one knows it, is very fragmented.

What does this mean to egg farmers? They can expect to reduce production more aggressively than they did in past years after Easter. They can hope that consumption will eventually resume to normal.

What does this mean to us, bakers of homemade cookies? A break in the price of eggs should be a motivation to bake more often. 🙂